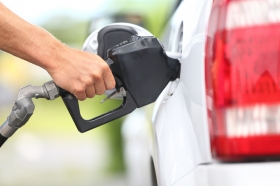 Memorial Day not only marks the day we pay tribute to those who have served in the United States Armed Forces, but it also marks the first unofficial weekend that kicks off the summer. With that said, tens of millions of Americans are expected to get away this weekend and according to an analysis by the Union of Concerned Scientists (UCS) Americans will spend more than $1.4 billion filling up their tanks!

The new analysis utilizes newly released data from the American Automotive Association (AAA), which estimated that 89 percent of Memorial Day weekend travelers (about 31.2 million Americans) will travel by vehicle.

The UCS found that Americans would be able to save about $619 million dollars on gasoline in the next decade because the average new vehicle in 2025 will have new fuel efficiency standards that will double the fuel economy of new vehicles.

“Choosing a more-fuel efficient vehicle is something every holiday traveler should consider,” said Josh Goldman, policy analyst for UCS’ Clean Vehicles program. “Having to put less gas in your tank means more cash in your pocket this holiday weekend, and thanks to these new standards, travelers will be able to save at the pump while reducing tailpipe emissions and lowering our country’s oil use.”

Automakers are starting to offer more gas-saving and electric models thanks to new standards finalized in 2010 and strengthened last year. Tapping into fuel-efficient technologies can not only help save drivers money, but also help create new jobs and put the nation on a path toward cutting its projected oil use in half within 20 years, according to UCS’s Half the Oil Plan.

These new standards will not only benefit the environment, but will be good news for drivers’ pockets. As an earlier UCS report found that Americans are currently spending almost as much on gasoline over the life of their vehicle as the car’s original cost.

“Automakers are churning out more models that are making it easier than ever for consumers to choose fuel efficiency, save money on gasoline, and reduce our oil use,” said Goldman. “When Americans begin planning for their next Memorial Day adventure, they should remember that a great way to have more money to spend on ice cream and sunscreen is to use less gasoline by investing in a fuel-efficient vehicle.”

Read more at the Union of Concerned Scientists.