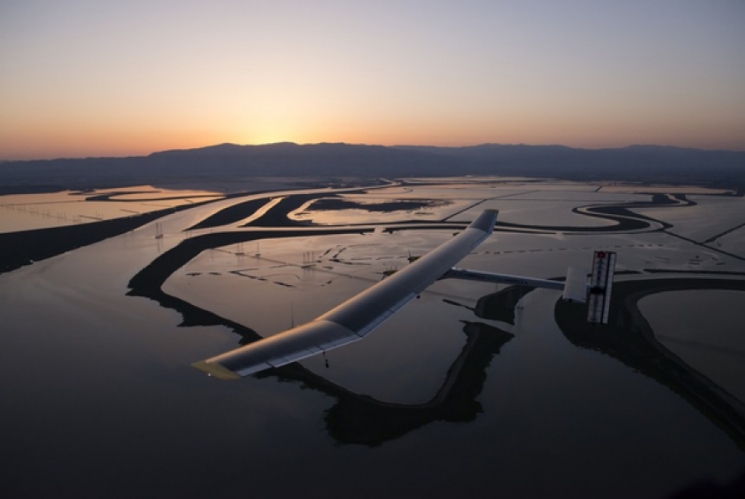 When the Wright brothers first took flight in 1903, their success captured the imagination of people around the world. This month, that excitement is being rejuvenated by the coast-to-coast flight of a solar aircraft. With the wingspan equal to that of a Boeing 747, the Solar Impulse is crossing the United States using roughly 12,000 solar photovoltaic (PV) cells made by Silicon Valley-based SunPower to power its four electric engines.

By pushing the boundaries of innovation, Solar Impulse is demonstrating solar’s potential to Americans from California to New York City. This ambitious aircraft incorporates advanced solar and battery technologies that enable it to fly both day and night. But you don’t have to look to the sky to find innovation like this. It’s here on terra firma as well.

The Energy Department’s SunShot Initiative is pushing the boundaries of solar science with a bold goal: making solar energy cost competitive with fossil fuel electricity by the end of the decade. For example, SunShot is supporting efforts at the Massachusetts Institute of Technology to reduce the thickness of crystalline silicon cells by a factor of 20. These lighter PV cells–which are no thicker than a human hair–use fewer resources, therefore allowing for significant cost savings.

We are also excited about progress being made by our partners, such as General Atomics and Pacific Northwest National Laboratory, who are working on new concentrating solar power (CSP) solutions. Because this technology harvests the sun’s heat rather than its light, CSP plants can drive chemical reactions that are able to capture, transport, and store solar energy. In fact, CSP has the potential to store energy at more than 20 times the energy density of current storage technologies. This may provide a pathway to a solar energy resource that could be distributed regionally and stored indefinitely before being converted to electricity.

Through efforts like these, the Energy Department continues to inspire progress toward its goal of making solar energy cost-competitive and helping grow a strong, thriving domestic solar industry. Solar technology is reaching new heights every day, even as solar costs are falling. In fact, over the past two years, the spot price of American-made multi-crystalline PV modules has decreased by 55 percent.

Some may still find it hard to believe that solar and other renewable technologies will one day be the most affordable energy resource available. However, looking at what the Wright brothers, the Solar Impulse team, and SunShot partners have been able to accomplish, it is clear that the sky is the limit.